The Java Card OpenPlatform (JCOP) is a smart card operating system for the Java Card platform developed by IBM. The title is originated from the standards it complies with:

A Java Card JCOP contains a Java Card Virtual Machine (JVM) which allows it to run applications written in the Java programming language. JCOP cards are available from many suppliers, such as NXP semiconductors, G&D, Gemalto, AET, etc.

JCOP chips are also available in USB tokens. Since we know the JCOP smart card market, we can provide you with the cards that best fit your set of requirements.

The eJava Token has built-in well-known high performance and security smart card chip. It contains the security FEITIAN-JCOS, a java smart card operating system. The eJava Token is a plug&play USB token with CCID interface, no additional drivers required to use the token on multiple platforms. Different Java applets from a customer or third part can be easily loaded into the eJava Token.

JCOP chips are also available in USB tokens. Since we know the JCOP smart card market, we can provide you with the cards that best fit your set of requirements.

Smart SD supports all major Windows desktop operating systems (Windows 2000 and above) and virtually all popular smart phone operating systems, including Android and Windows, establishing its broad adoption base.

Added benefits include 2 or 8GB of storage space providing Smart SD the capacity to function as a USB disk. 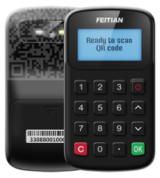 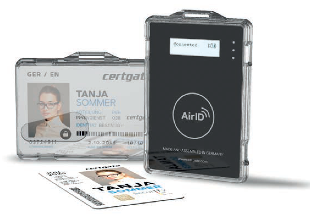 Ergonomics Offers the New AirID Card Reader by certgate
Ergonomics now distributes the AirID2, the innovative Bluetooth reader from the German IT security specialist certgate. The wireless card reader in the credit card format fits perfectly into the range of security and authentication solutions of Ergonomics, with which it is of course also compatible.
Read more

IDEX partners with Feitian Technologies to advance biometric smart card deployment
Leveraging IDEX's market leading off-chip biometric sensor technology, Feitian has developed a contact and contactless smart card for use in a variety of government ID, access control and payment use cases. The rapid card prototyping has been enabled by the provision of a complete biometric module from IDEX.
Read more